Immerse yourself in Nature in Noosa

Home » Things to do » Immerse yourself in Nature in Noosa 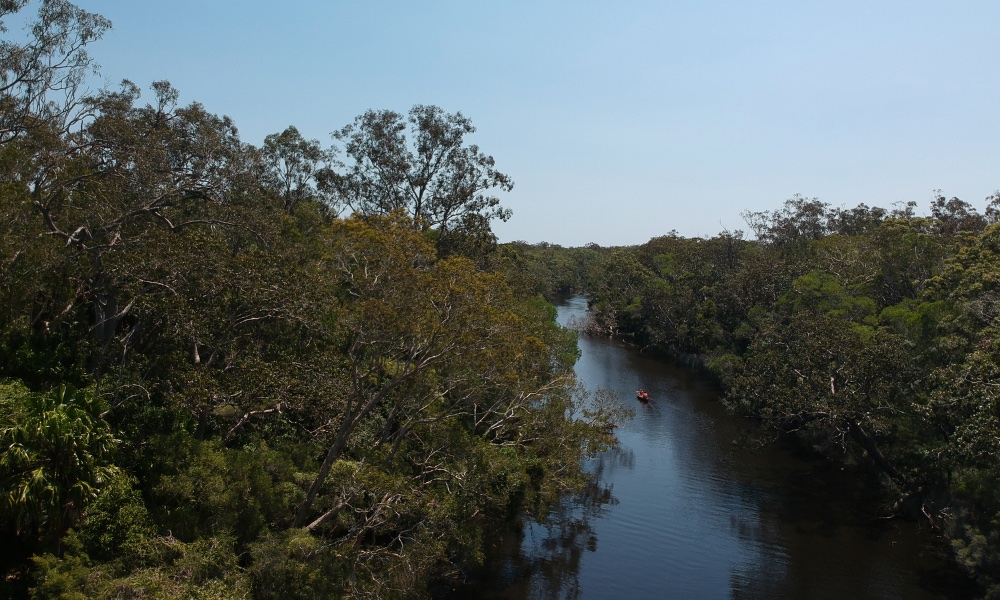 Noosa is a special place and the ultimate destination if you’re looking to lose yourself in nature for a few days.

The Noosa region is an internationally recognised UNESCO Biosphere Reserve and offers experiences from the incredible Everglades and National Parks to one of just ten surfing reserves in the world!

One of only two everglade systems in the world! The Noosa Everglades, known as the River of Mirrors because of it’s amazing reflections in the waters, is a 60km stretch of pristine waters, magnificent flora and fauna and narrow waterways. Stretched across two UNESCO Biosphere Reserves, the Noosa and Great Sandy, the area is home to more than 40% of Australia’s bird life.
Experience Noosa Everglades

Encompassing more than 4,000 hectares, including sections around Lake Weyba, Peregian and Coolum the Noosa National Park is a nature lovers paradise and the perfect place to reconnect with the great outdoors.

Regarded as one of Australia’s favourite National parks it is also important for nature conservation and home to some rare and threatened species. Visitors to the park will spot a variation of vegetation, including rain forest and coastal bush with its iconic Pandanus and Banksia.
Read more

The Noosa Biosphere Reserve is home to 3023 wildlife species including kangaroos, koala, possums, echidnas, and so many more. In addition to the beautiful natural attractions listed above. You can also take to the water to try your luck spotting marine life such as dolphins, turtles, whales (in season) and reef fish.
Discover Noosa tours and cruises including whale watching and dolphin spotting.

Look no further than Rimini for spacious Holiday Apartments in the heart of Noosaville. Offering 1 & 2 bedroom fully self-contained apartments with onsite facilities including swimming pool, hot tub and BBQ areas. All within just a short stroll of the majestic Noosa River.